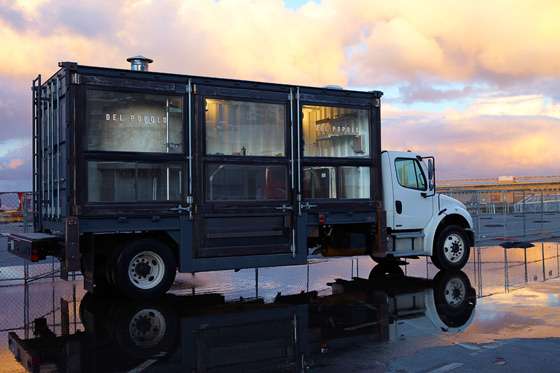 Travelling across San Francisco, tweeting their current location, the food truck will have no trouble drawing in a crowd. Costing over $180,000 for its creation, using a 20-foot shipping container that has been re-crafted into a state-of-the-art kitchen. Traditional pizza is key having the container house a 5,000-pound Stefano Ferraro oven imported directly from Italy.

Due to its enormous nature the truck takes up two parking spaces. Del Popolo is completely glass encased, the windows open giving the truck a wingspan of 39 feet. Allowing for foodies to salivate over the entire pizza making process.
6.2
Score
Popularity
Activity
Freshness
View Innovation Webinars