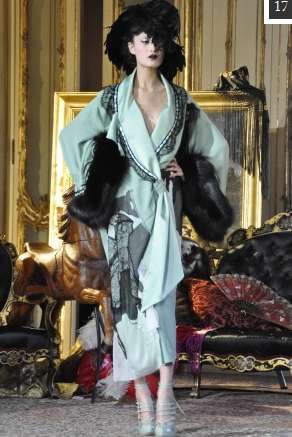 Galliano was dismissed from Christian Dior last week, following a series of reports—and a video—that showcased the designer making racial slurs. Nonetheless, the show must go on—albeit in the form of a low-key “presentation,” rather than the typical outrageous runway show at Paris Fashion Week.

The John Galliano presentation featured dazzling looks harking back to the 1930s and 40s and the old Hollywood glamor for which the designer is known. The collection’s plumed headpieces and ladylike skirt suits were too chic to ignore, while a mint green robe and sparkling emerald dress most likely spawned an appreciative tear or two.
4.8
Score
Popularity
Activity
Freshness
Attend Future Festival Virtual