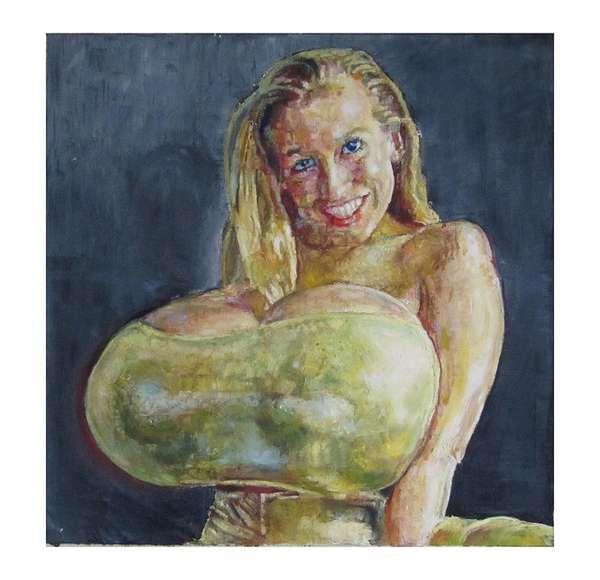 In this series of Jesse Edwards' creations, we see the influence of graffiti on his artistic career. Jesse Edwards illustrates detailed shots of personal subjects like his diverse collection of spray paint bottles and brands, his shoes and skateboard, Krispy Kreme donuts next to a bong and marijuana, and perhaps most comical (and graphic), an old issue of Playboy next to an open jar of Vaseline and a tube sock.

Jesse Edwards is a graduate of the Seattle Academy of Realist Fine Art, and has been working professionally for the last eight years. His work has been exhibited across the United States, including in Boston, Bellevue, Washington, and New York City.

Implications - Just a few years ago, graffiti and street art were derided as complicated and talentless subcultures of the art world, but that assertion has changed in recent years. Now, street art and graffiti are considered to be one of the fastest rising forms of contemporary art. Any company that seeks to stand out as an avant-garde one would be wise to commission work from street artists or graffiti writers. In doing so, they show a commitment to non-traditional forms of marketing and a willingness to eschew convention in favor of originality.
6.7
Score
Popularity
Activity
Freshness
Get Better and Faster