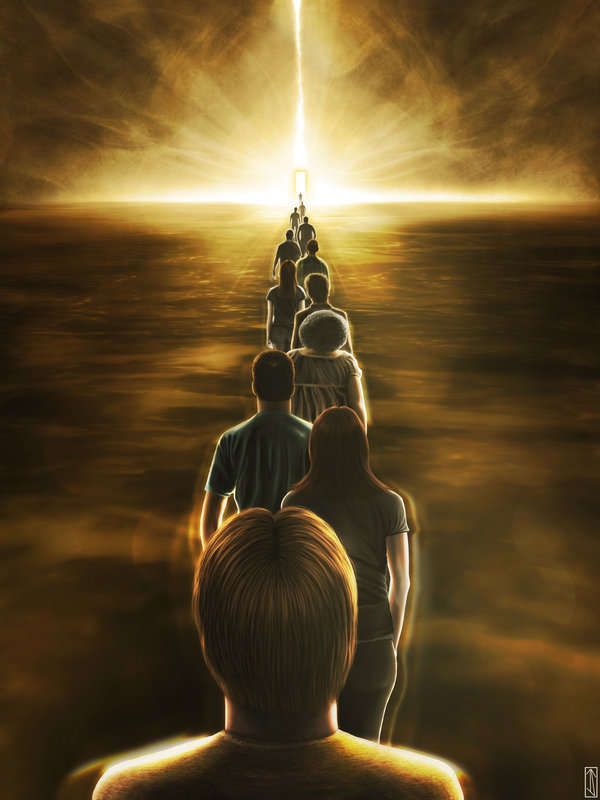 Most of these photos are fairly dark, with a few beams of light highlighting the picture's focal point. One of these biblical shots depicts a woman dressed in white raising her arms up to the sky as the clouds part, trying to reveal the sun. Another shot shows an incredibly long line of people who appear to be walking into a shimmering light far off in the distance.

Some of these shots, however, focus less on heaven and more on the darker aspects of the bible. In one eerie photo, the observer sees the silhouette of a man walking in what looks like a desert, but beneath the ground's surface we see a skeleton reaching downward.