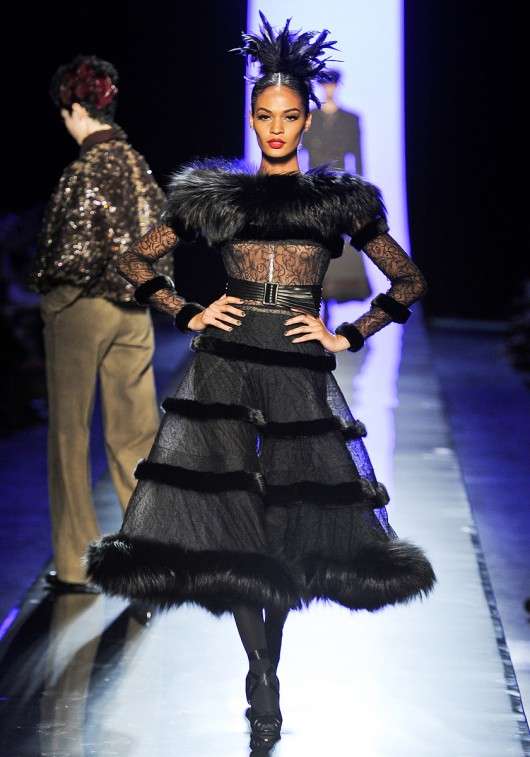 Souzan Michael — July 8, 2011 — Art & Design
References: style & fashionbombdaily
Share on Facebook Share on Twitter Share on LinkedIn Share on Pinterest
Feathers were the foundation of the Jean Paul Gaultier Fall 2011 couture show during Paris Couture Week. Neutral-toned feathers of all shapes and sizes were seen on intricate headpieces, peering out from underneath skirts and beautifully adorning shoulders on both men and women's fashion pieces.

The ballerina-inspired collection also featured full, A-line skirts (made fuller, of course, by the feathers) and pointe shoe stilettos. Gaultier is famous for mixing wearable classics and unique pieces with a punk attitude. This collection was no exception. There were plenty of essentials like camel-colored trench coats and wide-leg trousers, as well as striking pieces such as a multi-colored feather-adorned dress and a baggy, floor-length velvet cape.

Male models were even sent down the runway at the Jean Paul Gaultier Fall 2011 couture show to celebrate the release of his new male fragrance, Kokorico. The guys were also wearing sequins, feathers and skirts.