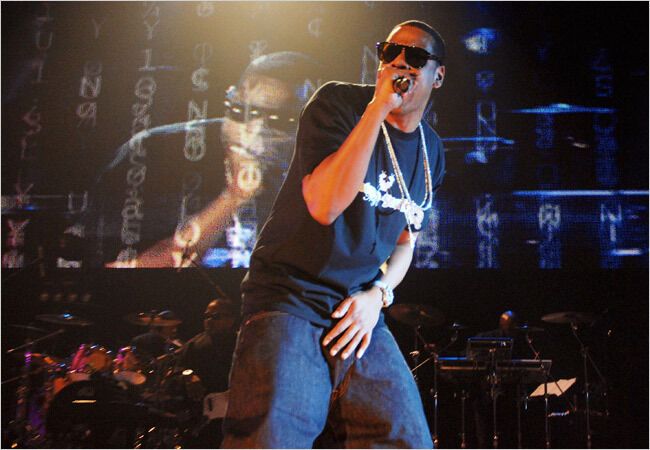 "In a move that reflects the anarchy sweeping the music business, the superstar rapper Jay-Z is on the verge of closing a $150 million deal with the concert giant Live Nation that rivals the biggest music contracts ever awarded," the NY Times reported.

The rapper, whose real name is Shawn Carter, would leave his current label, Def Jam for the new package that would not only handle his recordings and tours, but finance his personal entertainment venture.

The music industry is a tough one to be in now, as its future is uncertain. With just about everyone downloading online, CD sales are plummeting, fast. It's all about live music now, and artists like Madonna, U2 and the Osbournes think Live Nation could be their saving grace.

So why would Live Nation invest in Jay-Z after his last album didn't do so well? Well, it's because of his entrepreneurial success on projects like his Rocawear line and his 40/40 nightclubs.

"As part of the arrangement, Live Nation would finance the start-up of a venture that would be an umbrella for his outside projects, which are expected to include his own label, music publishing, and talent consulting and managing," the New York Times says. "Live Nation is expected to contribute $5 million a year in overhead for five years, with another $25 million available to finance Jay-Z's acquisitions or investments, according to people in the music industry briefed on the agreement. The venture, to be called Roc Nation, will split profits with Live Nation."

He's got to stick with Live Nation until December though, and has to make one more album under their name.