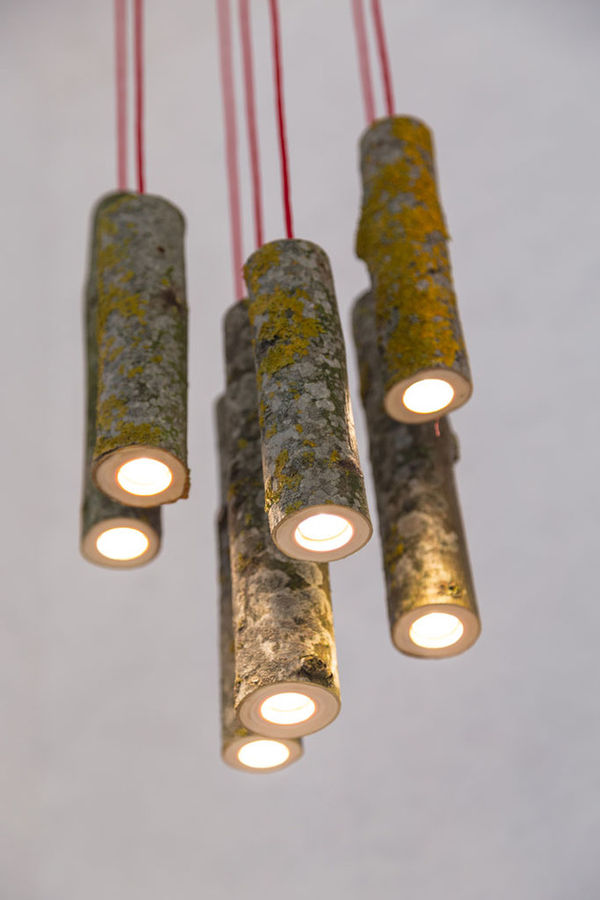 Meghan Young — October 1, 2013 — Art & Design
References: jaywatsondesign & trendir
Share on Facebook Share on Twitter Share on LinkedIn Share on Pinterest
Jay Watson, an industrial designer based in Oxfordshire, United Kingdom, has created a series of pendant lighting that bridges the gap between rugged and sleek beautifully. Although Jay Watson made them with essentially untouched tree branches, the use of almost identical pieces as well as the finishing touches of LED lights and red cords really give the light fixtures a polished aesthetic.

Considering that Jay Watson's designs often follow an environmentally conscious design motto, it is no surprise that his lights are so inspired by nature. As Trendir points out, Jay Watson "hand-picks tree branches from his own property to drill out and fit the latest kind of low-energy-use LED inside with an exit through the bottom, resulting in a hanging light with preserved moss and wood textures"
5.4
Score
Popularity
Activity
Freshness
Get Trend Hunter Dashboard