Building From a 3D Printer 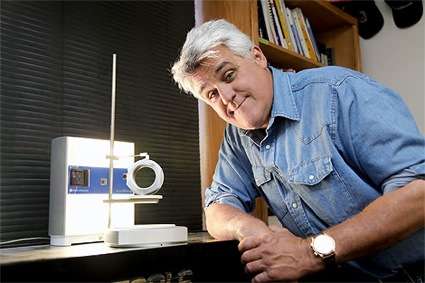 In Jay Leno’s 3D printer arsenal are the NextEngine 3D Scanner and the Dimension uPrint Personal 3D Printer. The total cost of the two machines is about $18,000 combined, but that’s nothing when you consider that many of Jay Leno’s cars are so rare (like his 1907 White Steamer) that finding parts in good condition could be nearly impossible.

Here’s a snippet from the article, in which Jay Leno explains why he loves this 3D process in Popular Science:

My 1907 White engine would never have run again because its slide valve (or D-valve) was shot. We built that part, and now the car is back on the street.

Let’s say you have an older Cadillac or a Packard, and you can’t get one of those beautifully ornate door handles. You could go to the big swap meet in Hershey, Pa., every day for the rest of your life and never find it. Or you could take the one on the left side of your car, copy it, use the computer to reverse it, and put that new part on the other side.

It’s an amazingly versatile technology. My EcoJet supercar needed air-conditioning ducts. We used plastic parts we designed, right out of the 3D copier. We didn’t have to make these scoops out of aluminum—plastic is what they use in a real car. And the finished ones look like factory production pieces.