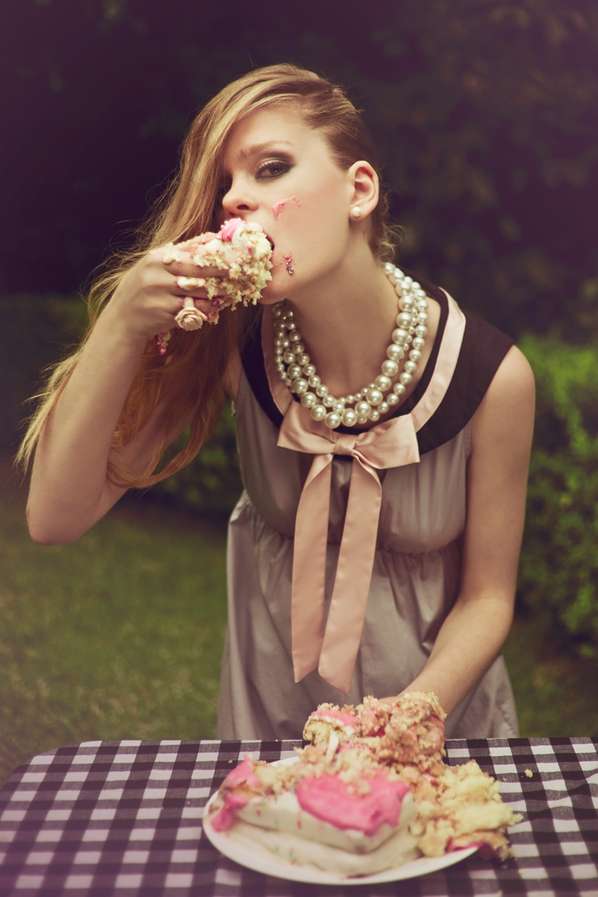 Currently residing in London, Jason Schembri's selected portfolio features a diverse array of shots that show a young photographer blessed with the gift of range. Some of his best shots feature a single model having a picnic in her backyard by herself. It isn't long before the icing covered muffins she brought to the picnic cover her entire face. In another shot, an android-looking woman lies prone on a table as two men apply polish to her. The dichotomy in the two photos is impressive and representative of his photography palette. Jason Schembri's portfolio shows a shutterbug adept at telling a simple, sensual story outdoors and reversing it with a more complex one, indoors in a staid setting.

Jason Schembri is just starting, so expect to see more of his work soon. "I’m going to keep shooting and start working on bigger projects in the next few months, including more magazine work and exhibitions," he said, "I’d like to start focusing on finding my feet in the industry, and eventually base myself between Sydney and London.”
6.8
Score
Popularity
Activity
Freshness
Jeremy Gutsche Keynote Speaker