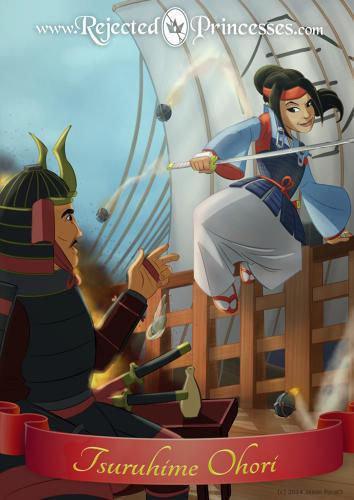 Meghan Young — June 12, 2015 — Pop Culture
References: rejectedprincesses & fastcocreate
Share on Facebook Share on Twitter Share on LinkedIn Share on Pinterest
Jason Porath has expanded his popular Rejected Princesses series to include another 12 unlikely candidates for the international franchise. As badass as the previous historical figures, as people read through Jason Porath's descriptions of each one, it's clear why they never made the cut to having their own animated film. After all, these movies are geared towards young and impressionable children.

Yet with Mad Max: Fury Road still on many people's minds, Jason Porath's Rejected Princesses may not be so inappropriate after all. Yet more than anything, he artist writes, "Everyone wants to be seen. That means having their culture/subculture in a positive light, even if for just a second. There's a vast underserved population of people who never see the things they most closely identify with in a positive light. They get very excited when they're represented."
6.2
Score
Popularity
Activity
Freshness
Attend Future Festival Virtual