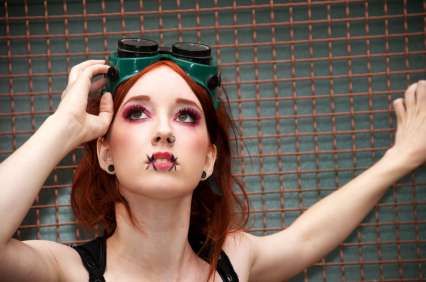 
Let’s face it: you’re tired of appearing to be a carbon-copied clone, wearing the same outfits, discussing the same mundane pop culture news and enjoying the same bland drinks as everyone—luckily, the Not American Apparel design wave is revamping the modern sense of what’s cool.

In a world where your purchase decisions ultimately dictate how others see you, it’s become increasingly important to differentiate yourself through what you consume. But you’ve already tried that! The trendy bands, the ambiguous catchphrases and (most importantly) your sense of style have become tiresome—you need a change, and quick! Fortunately, the appropriately named clothing style ‘Not American Apparel’ hopes to change the state of matters as it continues to grow in popularity.

The new fashion wave has been inspired by both Central American aesthetic and futuristic styles, oddly reminiscent of the fruit soda Jarritos, which intentionally moves away from the pretentious mainstream brands we’re so used to.

Modern fashion is largely about shocking viewers and overcoming expectations, so don’t feel apprehensive about donning a top hat, a pair of goggles or even a bandolier! Leather, practical accessories and loud colors are the operative theme of the Not American Apparel wave, mimicking an off-the-wall appeal of defiant, bold culture.