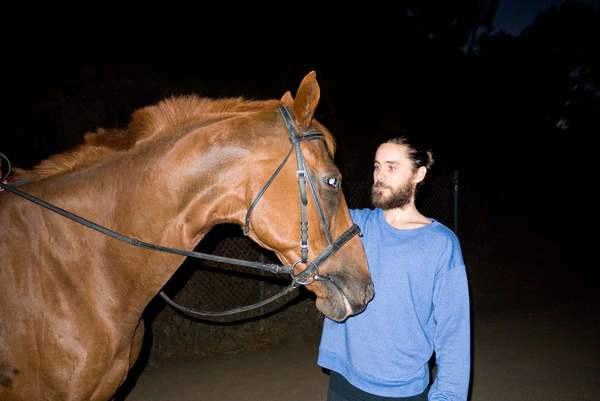 Jared Leto for Terry Richardson is Unexpected and Strange

Jennifer Gosnell — August 28, 2012 — Pop Culture
References: terrysdiary & buzzfeed
The Jared Leto for Terry Richardson photoshoot takes bizarre photos to the next level. After posing next to a horse, on a rock and meditating with his beard, Leto has accomplished a quintessentially strange Terry Richardson shoot.

What makes this shoot especially odd (though it is for Richardson's personal collection) is that it's not especially great quality. Leto has been known for his odd sense of style at times, but this hippie-grunge look is taking that to a whole other level. Known for a string of acclaimed movies, Leto has made it big in both the film and music industry of Hollywood. His work with his band '30 Seconds to Mars' has contributed to him becoming a household name.

The personal photo diary of Terry Richardson is bizarre, and this Leto shoot acts as evidence.
5.6
Score
Popularity
Activity
Freshness