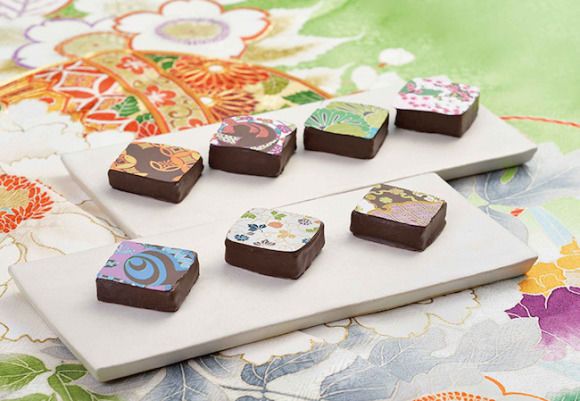 Artwork for the chocolates was provided by an artist from a company in Kyoto, Japan that has more than a century of dyeing the traditional Japanese garment in the Yuzen style. Naturally, each intricate design matched a distinctly Japanese flavor, such as White Miso, Kyo-Matcha, Sakura, Japanese Sake and more.

The "Kissho" patterns on the tops of the chocolates were said to bring good fortune, which makes them even more valuable as gifts. The Chocolat de Kissho sets were available in packs of three and eight through Japanese department stores and special events.
3.6
Score
Popularity
Activity
Freshness
Attend Future Festival