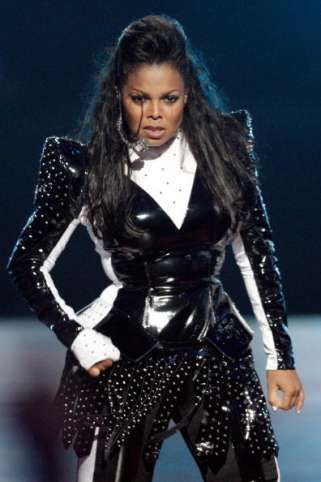 Marissa Liu — September 15, 2009 — Special
References: mtv & celebglitz
Share on Facebook Share on Twitter Share on LinkedIn Share on Pinterest
Janet Jackson's performance Sunday night at the 2009 VMA's was a moving tribute to the memory of her iconic brother Michael. The music legend wowed the crowd and elicited excited cheers from stars such as Beyonce and Jennifer Lopez as she took to the stage to perform the song 'Scream', a duet between her and Michael Jackson.

The single won a VMA in 1995 and was the cap-off to a spectacular song and dance number that kicked off the annual awards show. The 2009 VMAs were dedicated to the memory of Michael Jackson and the opening sequence was a dance and video montage of some of his greatest hits, including 'Thriller', 'Smooth Criminal' and 'Bad'. A visibly emotional Janet brought the crowd to their feet by flawlessly executing a complicated dance sequence while singing her portion of the duet. Janet Jackson's 2009 VMA performance was a tribute to Michael but it may also be the catalyst for the youngest Jackson's long-awaited comeback.