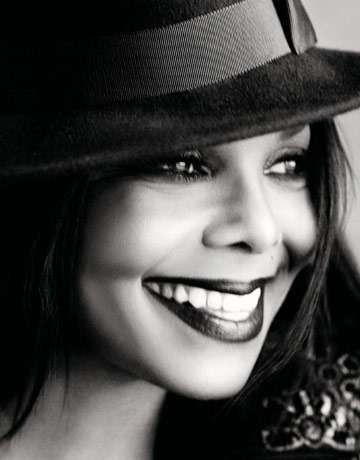 This Janet Jackson Harper’s Bazaar exclusive is the first interview and editorial following the death of her brother, Michael Jackson. It includes two separate cover shots—one for newsstands and one for subscribers—and an editorial with the exclusive interview. The newsstand cover (see above) shows the face of a happy, laughing Janet Jackson.

The subscriber cover, however, is black and white with Janet solemnly posed in 40s-style couture looking off to the distance. The whole effect is graceful and elegant with the perfect tinge of melancholy.

Further black and white photos appear in the Janet Jackson Harper’s Bazaar exclusive, with one photo showing the singer glamorously dressed in a Donna Karan frock and fingerless La Crasia gloves, and another in a funky fedora with a beaming smile on her face.
4.2
Score
Popularity
Activity
Freshness
Get Better and Faster