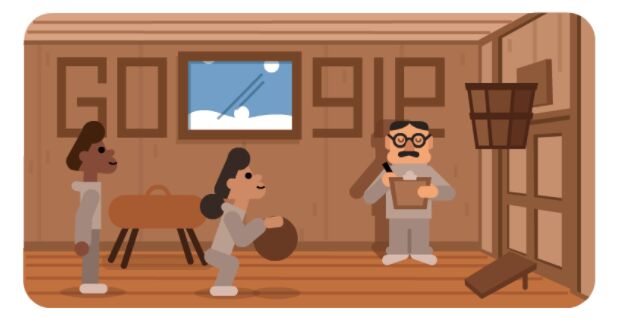 As Google explains in a blog post about the Doodle, Naismith created the game within a school gymnasium in 1891. A year after he thought up the sport, he officially announced the game and the rules that went along with it in the Springfield College newspaper on January 15th. After some initial skepticism, the sport quickly grew in popularity over the following years, and is now played in more than 200 countries across the globe.

Google further highlights the impact of Naismith's contribution, stating "Naismith envisioned basketball as a way for all students to better themselves physically and mentally. The sport was introduced in a time when schools were segregated, but Naismith saw everyone as someone with potential for the game. In his lifetime, he took steps to help basketball reach more young people, and it has since evolved into a global phenomenon that crosses racial and gender barriers."