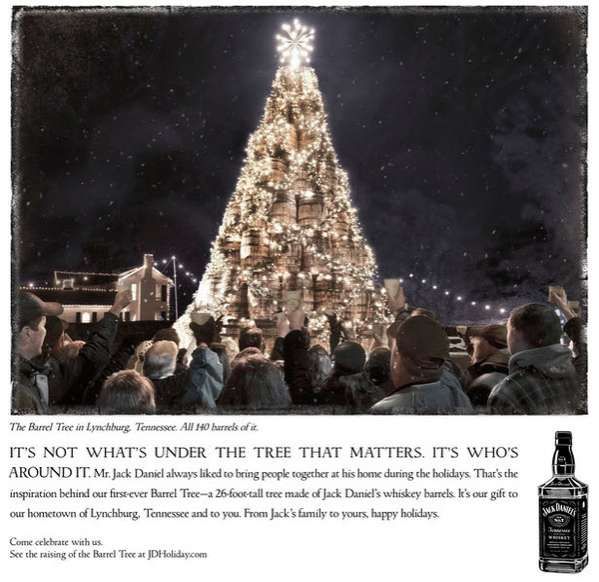 Created by Arnold Worldwide in Boston, the international campaign centers on this tree, which was made by stacking whiskey barrels on top of one another and then decorated with Christmas lights. The commercial, directed by Carmen D’Ascendis, Jack Daniels' director of global marketing, is set in the brand's home of Lynchburg. The ad features the residents and the distillery employees coming together to transport and create the giant barrel tree.

According to Popsop, the Jack Daniel's 'Barrel Tree' campaign also includes a Facebook game in which user must protect the whiskey in the barrel tree from "barrel bandits."
6.2
Score
Popularity
Activity
Freshness
Attend Future Festival