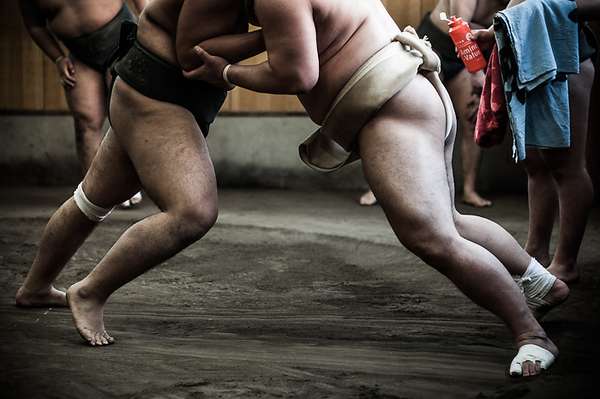 The Ismael 'Good Morning Sumo' Set is Up Close

Jordy E — April 10, 2012 — Tech
References: ludonline.fr & photographyserved
Share on Facebook Share on Twitter Share on LinkedIn Share on Pinterest
French photographer Ludovic Ismael's 'Good Morning Sumo' collection offers a glimpse of what life would be like as a Japanese sumo wrestler. Shot in the Tokyo suburb of Ryogoku, Ismael managed to capture a bit of the authentic eloquence only three days prior to the 2011 Japanese earthquake. The precise timing of the photo series has provided the set with a nostalgic feel, and provides a distinct reference to junctures not yet plagued by all-out destruction.

The Ismael images are enticing, to say the least. Although the final product is broadcasted during the production of large-scale events, little attention has been placed upon what comes before sumo wrestling competitions. The Good Morning Sumo series instead focuses on the grueling practice that goes into the sporting phenomenon, and does so with incredible precision, providing an up close view of the process. Essentially, Ismael has demonstrated that there is far more to the intricate skill than what pop culture references tend to let on.