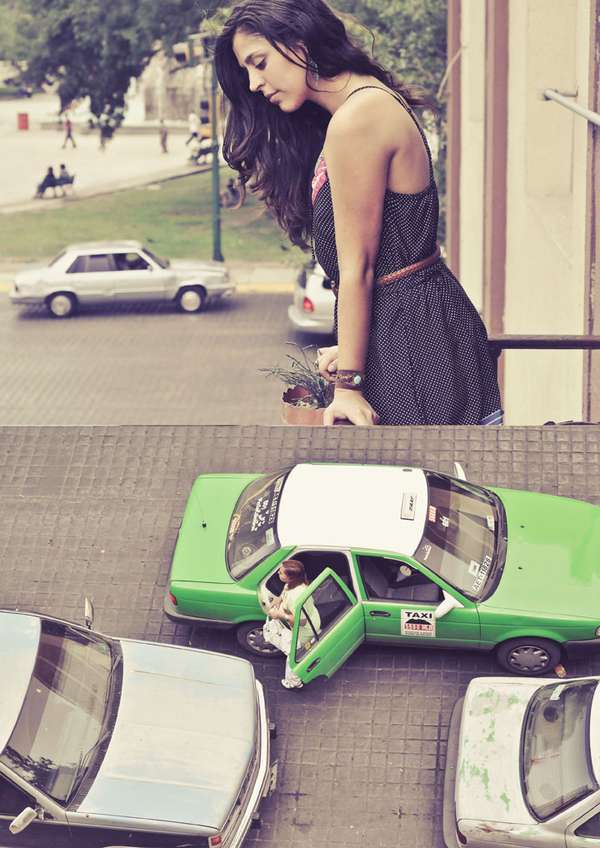 Irasema Aguinaga captures most of these people on the bustling streets of the city, or on nearby rooftops, or near low-key diners that look just as home in Mexico as they would in any southern American city. Irasema Aguinaga's major skill is his ability to capture a bit of the everyman with his portraits. His shots don't just peer into the soul of young Mexican youth, they peer into the soul of youth all around the world.

If these shots from his selected portfolio are any indication, Irasema Aguinaga has a bright future in the fashion photography world.

Implications - In the last few years, there has been a marked consumer push for advertisements that eschew the conventions of traditional marketing, using "regular" people instead of supermodels. Campaigns like Dove's "Campaign for Real Beauty" have made it so companies can appear passionate about creating the best body image for consumers without pandering. A company would be wise to capitalize on this by featuring an ad where "average" people utilize a major product, connecting the company and consumer in their marketing.
5.1
Score
Popularity
Activity
Freshness
Get the 2021 Trend Report FREE