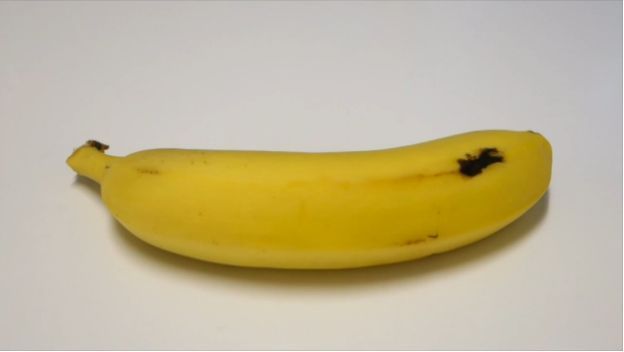 The Verge Explores the Disappointment of an Extra Bendy Banana

Meghan Young — September 25, 2014 — Pop Culture
References: theverge
Share on Facebook Share on Twitter Share on LinkedIn Share on Pinterest
The iPhone 6 bend issue has resulted in exploring some 'similar' problems that are just as disappointing. For instance, the fine folks at The Verge has recently discovered that the banana also suffers from an annoying bend. Although not as bad as the iPhone 6 bend, this still leads to some difficulties.

Chris Zeigler of The Verge writes, "I'd assumed that the banana's protective case would give it some semblance of stability, but I noticed that the one I bought last Friday had a slight bend when I took it out of my pocket this morning. Yes, true, bananas have a natural curve--but you shouldn't be able to bend them further on your own. (Interestingly, I was unable to bend an orange, so not all fruits seem to have this problem.)"
4
Score
Popularity
Activity
Freshness
View Innovation Webinars

Smartphone Comparison Commercials
Between the Galaxy vs iPhone 6, Samsung Shows Who Came First