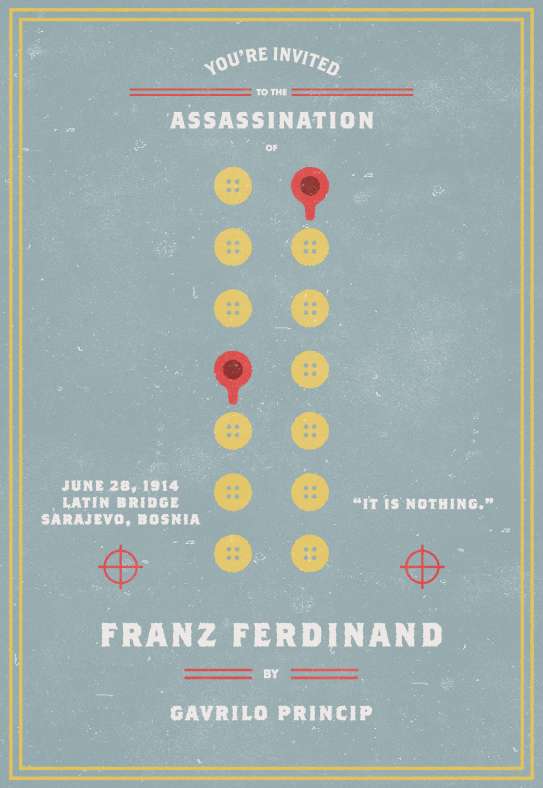 The illustrated series by Stremke is done in an invitation style to an actual assassination that happened in the past. Stremke has created invitations for John Lennon, Franz Ferdinand, Abraham Lincoln, Martin Luther King Jr., Mohandas Gandhi and Robert F. Kennedy.

The invitations give details such as the date and the location of the assassination. For example, Lincoln's invitation says April 15, 1965 at Ford's Theatre in Washington, D.C.. Sadly though, the host of these assassinations happens to be the murderer himself like John Wilkes Booth.

The Invitation to an Assassination series is a must-see for any history buff or pop culture junkie. The series is not fully complete though, Stremke intends on creating ones for Julius Caesar, Malcolm X, John F. Kennedy and Lee Harvey Oswald.
3.1
Score
Popularity
Activity
Freshness