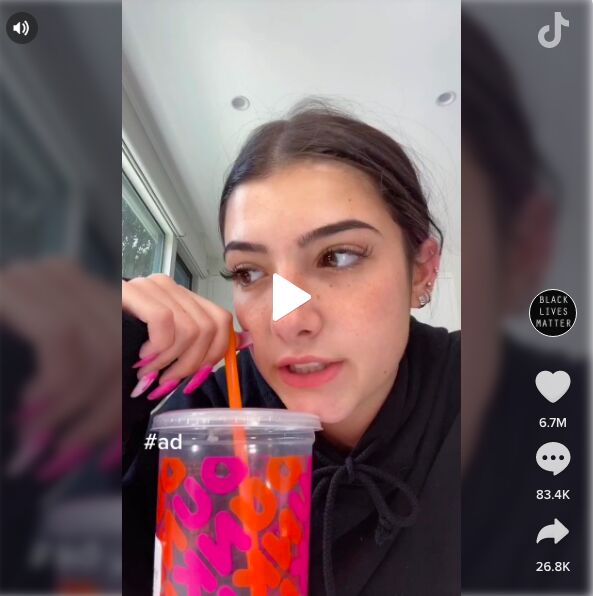 The dental care brand, which specializes in a more subtle alternative to straight teeth, discovered that most teenagers are receptive to using something other than the traditional metal braces. According to chief marketing officer Raj Pudipeddi, “In a gentle way, we have pointed out that Invisalign is everything they wanted because it can help them live their lives uninterrupted.” In an effort to make the alternatives more accessible and mainstream, the brand tapped D'Amelio, along with fellow teenaged influencers Marsai Martin and China McClain. In the ads, the teen stars give honest reviews of their experiences with Invisalign, boasting it as a solution to the more visible metal braces most teens get from their orthodontist.