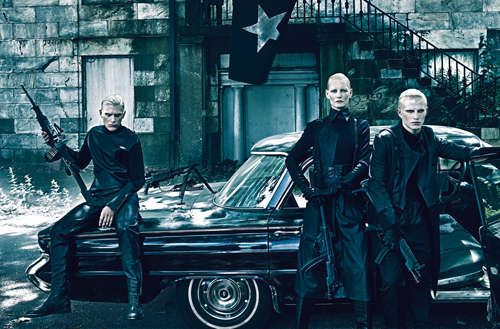 Captured by photographer Steven Klein, this editorial highlights the ever-prominent leather texture that has dominated the autumnal season. With a cast of hide-clad models, this fashion story is decidedly fierce in its militant misfits. Top models Aline Weber, Conor McLain, Eian Scully and Biu Rainey pose in a setting of disheveled moonlit sets that capitalize on the revolutionary motif of this spread.