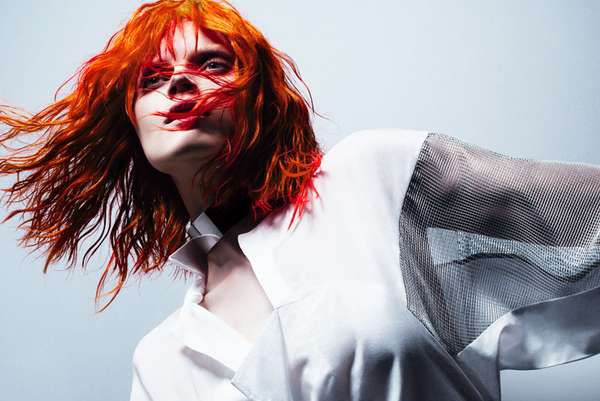 I don't know if it's pop star Rihanna setting the tone for this year's killer hairstyle, or if it's simply the gingers' time to shine, but red hair is hot this year and it's not going away. This beauty contrasts the cut by donning pale shades in stark-white ensembles, dressing in a minimalist style and clean, crisp lines. The pristine, all-white outfits with sexy cut outs give off a futuristic tone that is both modern and simplistic. The pieces come from the likes of Dries van Noten, Balenciaga and Givenchy.