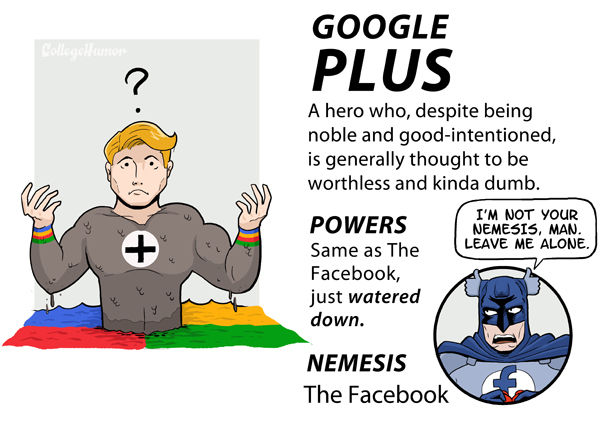 It is very telling of Google's internet presence that there are two separate Google superheroes. According to the nemesis outlined by this internet justice league piece, Google's nemisis is Yahoo, where as Goole Plus's nemesis is Facebook. However, where there is a small speech bubble of protestation coming from Facebook claiming he is not the enemy of Google Plus.

Superhero-Inspired Moral Lessons
BatDad is the Hoarse, Moral Voice of Conscience in the Family
play_circle_filled