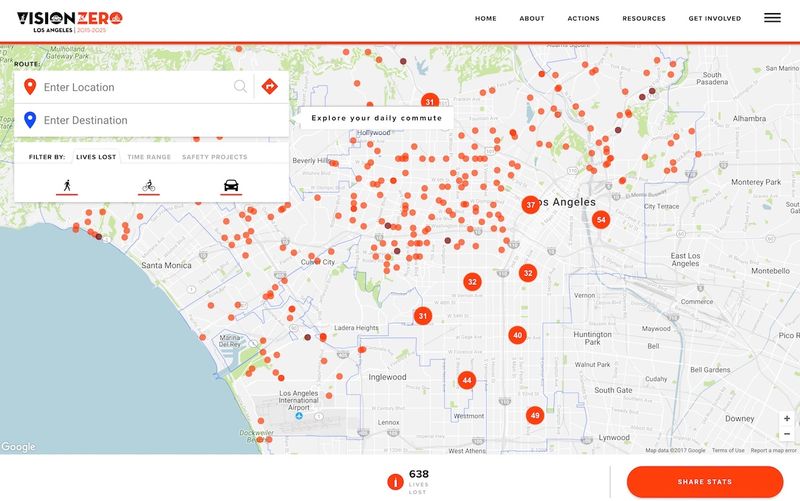 Ellen Smith — May 4, 2017 — Autos
References: visionzero.lacity.org & engadget
An interactive traffic map has been designed to combat the devastatingly high traffic-related deaths in Los Angeles. Vision Zero, an initiative attempting to eradicate traffic-related deaths by 2025, fell short of expectations after bearing witness to a 43% rise in road fatalities during the program's first year.

After discovering a small 6% portion of L.A roads were responsible for 66% of L.A's pedestrian deaths, researchers compiled their data into an interactive map which aims to help commuters select the safest route from point A to point B. Deaths are visually represented on the map as a red dot- the more dots clustered in one place indicates a more dangerous roadway.

The interactive traffic map also includes the name and age of the deceased, as well as a short description, or photo which adds a sense of humanity while also ensuring the person represented is not reduced to a statistic.
3
Score
Popularity
Activity
Freshness