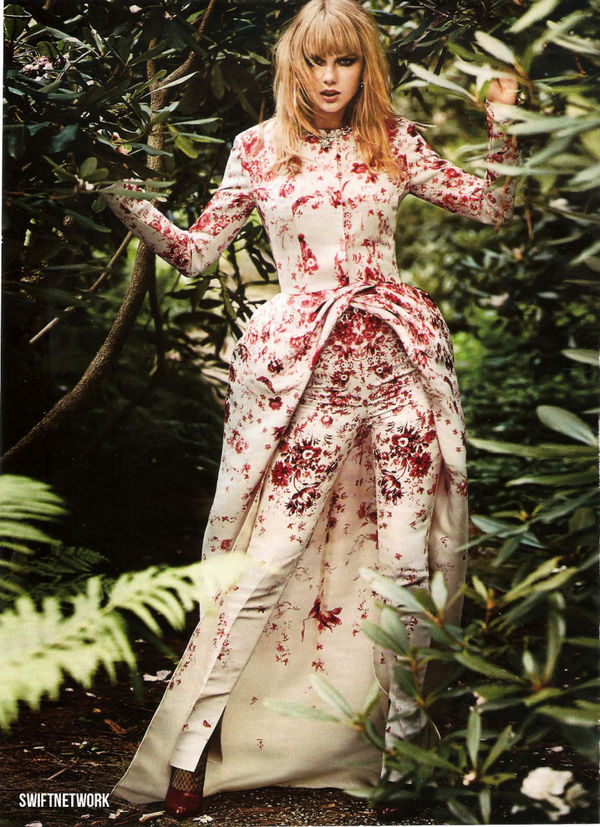 Taylor Swift Shows Off Her Maturation in InStyle November 2013

Vasiliki Marapas — October 16, 2013 — Pop Culture
References: justjared & thecitizensoffashion
Taylor Swift has been known for her string of romantic stumbles in the past, but she isn’t letting that get in the way of her sexy transformation for InStyle US November 2013 issue. The usually wide-eyed, curly-haired, pop star tries a sophisticated blow-out and more grown-up fashions for the magazine.

For instance, Swift smolders in an embroidered silk jacket by Marchesa, a long-sleeved lace number by Valentino and a bedazzling red frock by Dolce & Gabbana. One shot even features Swift as a blushing bride in a white taffeta gown by Lanvin.

Though she looks fabulous in the dress, it doesn’t seem like wedding bells are in store for Swift anytime soon, who speaks candidly about her experience in the public eye from romance to her insecurities and jealousies.