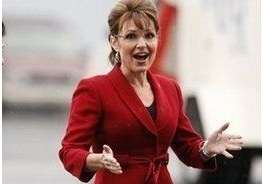 The Cost to Peer Into Sarah Palin's Inbox

Sandra Winn — October 20, 2008 — Pop Culture
References: msnbc.msn
Share on Facebook Share on Twitter Share on LinkedIn Share on Pinterest
If you're news media or simply a curious Sarah Palin fan, it would cost you into the millions to catch a glimpse of the governor's digital post. Sarah Palin’s office is charging as high as $15 million for duplicate copies of email sent from Palin’s office. Such overwhelming charges are the same for the general public and news organizations alike.

Are you as curious as I am as to how Palin’s office came up with such a skyrocketed figure?  MSNBC breaks it down:

When the Associated Press asked for all state e-mails sent to the governor’s husband, Todd Palin, her office said it would take up to six hours of a programmer’s time to assemble the e-mail of just a single state employee, then another two hours for “security” checks, and finally five hours to search the e-mail for whatever word or topic the requestor is seeking. At $73.87 an hour, that’s $960.31 for a single e-mail account. And there are 16,000 full-time state employees. The cost quoted to the AP: $15,364,960

Whew, with a $15 million price tag on Sarah Palin’s emails, you’d think they were adorned with Swarovski crystals or something.

Even if you can afford the luxury of buying Sarah Palin’s multi-million dollar emails, including those from her Yahoo! account, none will be available until after the election on November 4.
1.2
Score
Popularity
Activity
Freshness
Get Trend Hunter Dashboard