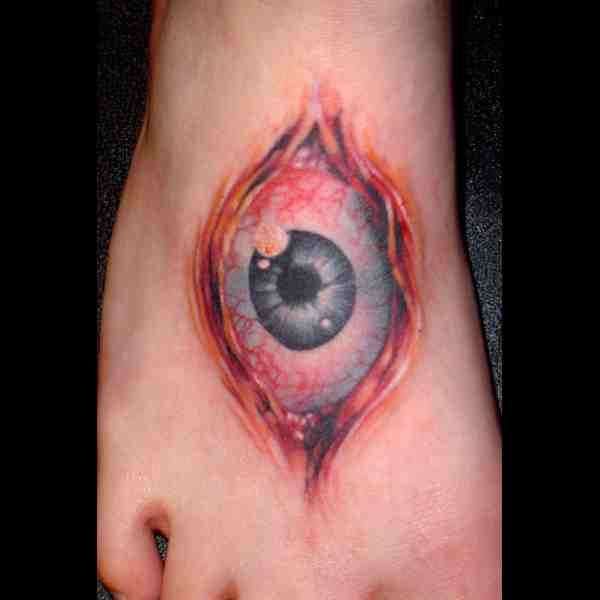 A Focused Look At Eyeball-Themed Inking

While I really like these tattoos, I have to admit the concept does freak me out; so much, that I had to find ten examples to totally un-nerve you too!

Eyes are scary in general, but some of these anatomically-correct eye tattoos really do make you feel as if the ‘owner’ has a third eye with which he’s watching you. I’m much less bothered by the fantasy ones. As for the eyeball image on the head, the web says it is a tattoo, but I fear it is body paint. Shame.