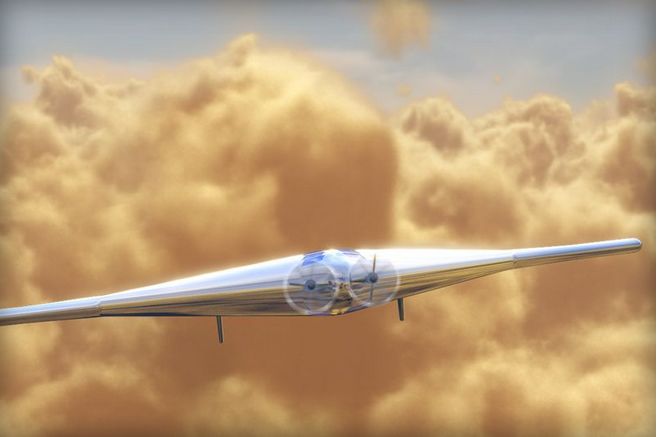 Meghan Young — May 26, 2015 — Autos
References: globenewswire & theverge
Share on Facebook Share on Twitter Share on LinkedIn Share on Pinterest
Not everyone would be comfortable flying in an inflatable plane, yet thankfully the general public won't have to risk anything when it comes to one of Northrop Grumman's latest designs: the Venus Atmospheric Maneuverability Platform (or VAMP). It's an inflatable plane for planet exploration -- Venus, to be specific. Deployed from space, it will allow NASA to travel along the planet's upper atmosphere as part of the New Frontiers program.

Granted, NASA will have to approve of the inflatable plane design before it can fly in space -- which would be about 10 years away. Although the surface of Venus is uninhabitable, a settlement floating in its clouds would find temperatures, pressures, and radiation levels remarkably similar to Earth. This makes exploring it a tempting endeavor.
3.7
Score
Popularity
Activity
Freshness
Get Trend Hunter Dashboard