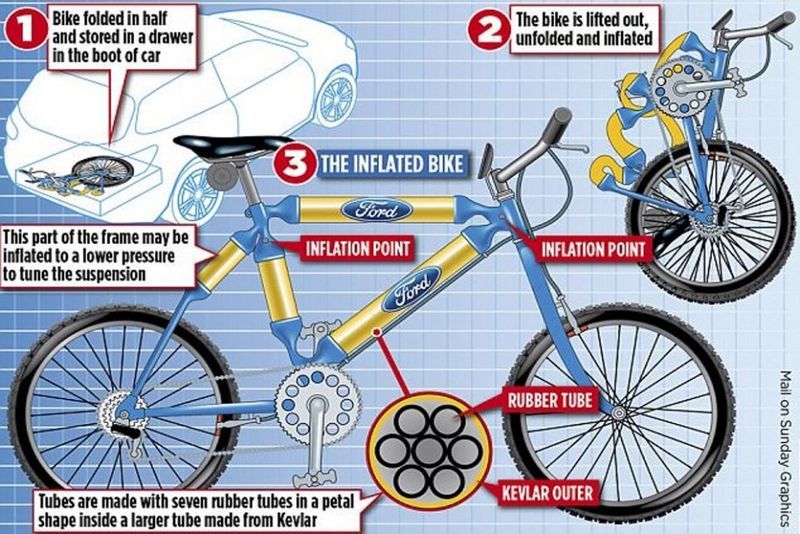 As much as bikes are a convenient and relatively small-scale form of transportation, they still take up a sizeable amount of space within cars and homes when not in use. To make it much more convenient for people to store their bicycles when not in use, Ford imagines that consumers should be able to deflate the frame of their bike. Other parts of the bike, such as the seat, pedals, chain and handlebars would retain traditional designs.

It is imagined that the inflatable parts of the bike would be made of durable, rigid rubber, much like a bike's tire wheels.
3.5
Score
Popularity
Activity
Freshness
Jeremy Gutsche Keynote Speaker