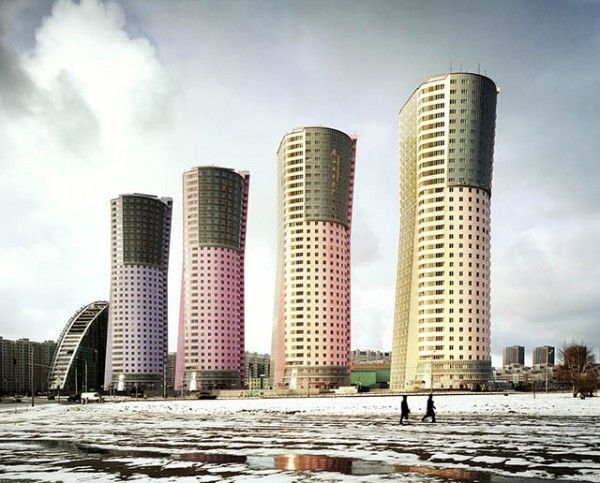 Meghan Young — February 4, 2014 — Art & Design
References: imperial-pomp & visualnews
Share on Facebook Share on Twitter Share on LinkedIn Share on Pinterest
The photo series titled Imperial Pomp by Frank Herfort, a German photographer based in Berlin, Germany, and Moscow, Russia, documents some of the most bizarre buildings created during the post-Soviet era. According to Visual News, "After the Soviet Union fell, many cities previously under communist rule began to build grandiose, colorful structures--many with the intention to impress and symbolize a new day."

Imperial Pomp by Frank Herfort is the result of the photographer's unique mission. Traveling from Moscow to remote cities along the Russian/Chinese border on the eastern side and everywhere in between, the architecture is worthy of being displayed in art galleries. Herfort writes, "You feel that each building wants to scream out, that ‘I’m the best, the biggest, the richest.’ It is now more a question of prestige, which didn’t play any role in the Soviet times."
4
Score
Popularity
Activity
Freshness
Access Advisory Services