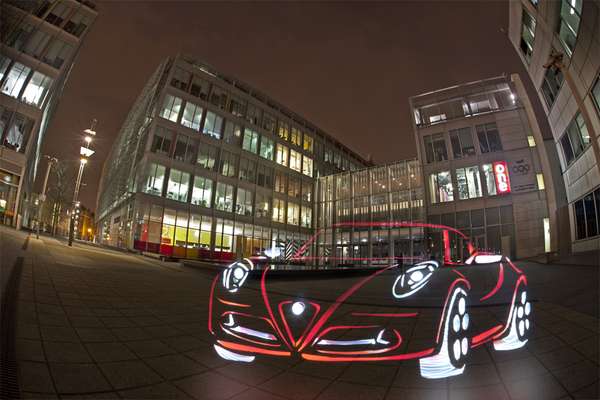 This time, Cameron and Brown have taken their illuminated graffiti cars to London. The two put their technological skills together to create illusory pieces in various iconic locations in the city. They’ve done a shoot at the BBC, the Tower Bridge and even the House of Parliaments. As expected, the vehicles depicted are high-class speed demons that look great on their own but even more badass when lit. The cars include the Ferrari FF, the Porsche 918 Spyder, the Alfa Romeo 4C Concept and the Lamborghini Sesto Elemento.

After this, the duo plans to hit up New York with their illuminated graffiti cars. So if you’re in the area, see if you can catch them in their act!
0.9
Score
Popularity
Activity
Freshness
Get Trend Hunter Dashboard