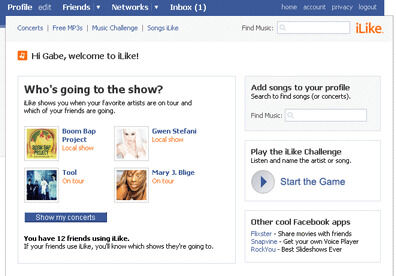 Trend Hunter was bang on when we predicted the rise of web service, iLike back in March. "iLike is a relatively young music community based software service, having only just reached the rip old age of four months, but I predict that this is going to become a very popular service, and the principles on which it is based will be adopted by many other music services."

And right we were! Seven months later, AdHoc gives it credit for being the next big thing in music. Music artists are able to connect with their fans over communities like Facebook where they can give fans updates on new concerts, album launches, share photos and videos, or just share personal details.