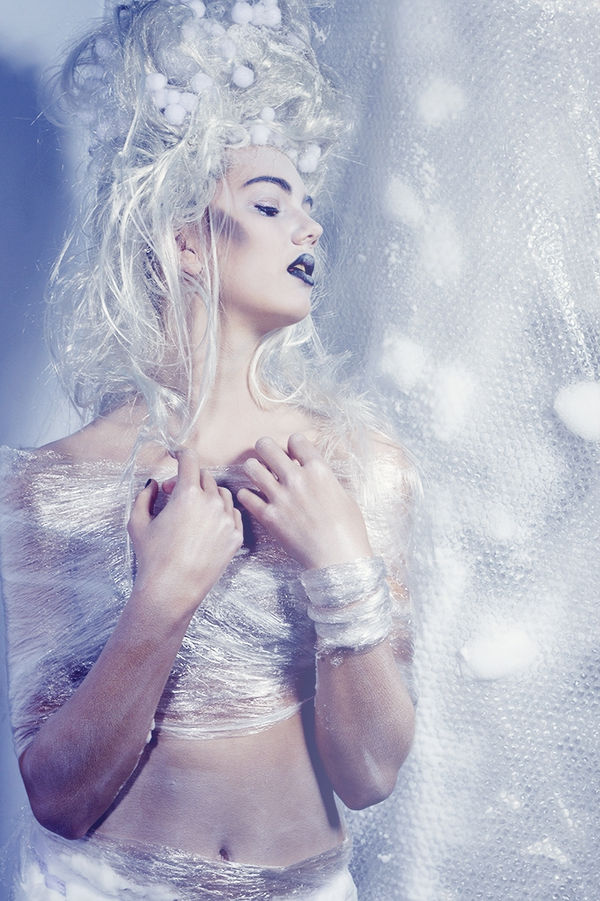 Meghan Young — November 25, 2013 — Fashion
References: joureimage.nl & fashionising
Ice Queen by Marlot Haagsma, a photographer based in the Netherlands, revolves around an everyday object: bubble wrap. And yet the photoshoot itself is far from everyday. Instead, the classic packing material has been repurposed into a gauzy and ethereal outfit for the 'ice queen' that stars in it. Like a corpse bride, model Charlotte Brasjen is a vision in white.

An appropriate photoshoot for the upcoming winter season, Ice Queen by Marlot Haagsma depicts a fantasy world that could have very well been dreamed up by a child. Shot in studio, the looks were perfected by hairstylist and makeup artist Jacqueline Swart, who focused on a theatrical face with chiseled cheeks and a silver updo.
3.5
Score
Popularity
Activity
Freshness