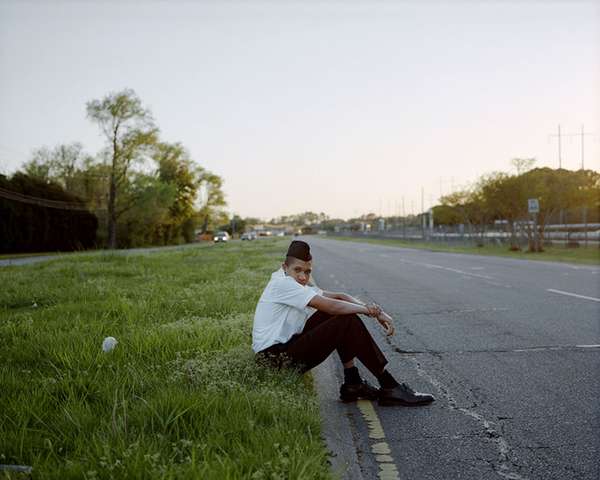 Marie C. Hudson — July 26, 2011 — Fashion
References: jasonhanasik & booooooom
The transformation from boy to soldier is documented in Jason Hanasik's moving photo series, 'I Slowly Watched Him Disappear.' The ongoing collection follows a young man, Sharrod, as he chases his dream of becoming a U.S. Marine. The purpose of the project is to see what effect a uniform has on a man, and how much of the changes are influenced by society's expectations and ideal images of masculinity in the military.

Hanasik presents images that show Sharrod as a boy and play to his youthful looks -- he watches TV, plays with a wooden gun and sits on a swing. These are contrasted with shots of him in military poses and photos of him waiting by the road, presumably to leave for service. The most haunting photo is that of Sharrod standing in his living room, seen from the outside. It captures the fears and anxieties, as well as the determination of the young soldier.

Of the project, Hanasik says, "Sharrod's mother said that she no longer recognizes her son when he puts on his uniform, will Sharrod get to a point where he no longer recognizes himself?" The series is moving and exposes the vulnerability of all young people who are embarking on new adventures as adults.
5.5
Score
Popularity
Activity
Freshness