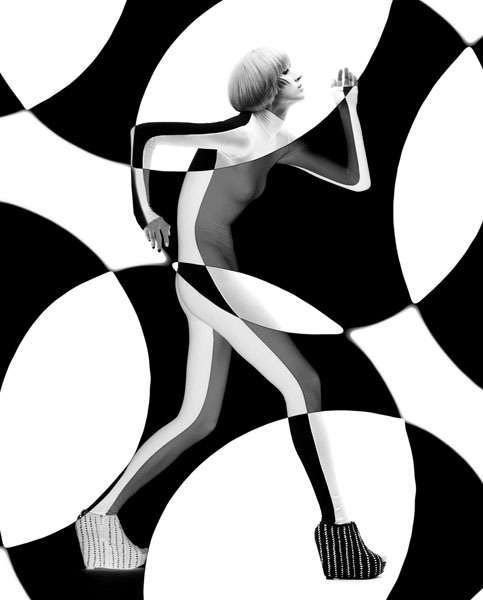 This Hyuna Shin Culture Magazine Editorial Stands Out by Blending In

Each frame is a psychedelic mishmash of background and foreground; the clothing is patterned in such a way so as to resemble the backdrops they are photographed against. Using monochromatic zig zag and curvy patterns, the models become the perfect wallflowers. This is not to say that they become invisible. In fact, the looks are quite eye-popping.

Looking through the series, one can be forgiven if they get a little bit dizzy. From a distance, it can be difficult to tell where the backdrops end and the outfits begin. It may be a while before such trompe-l'oeil fashion catches on, but it most definitely has a certain appeal.
4.6
Score
Popularity
Activity
Freshness
Get the 2023 Trend Report FREE