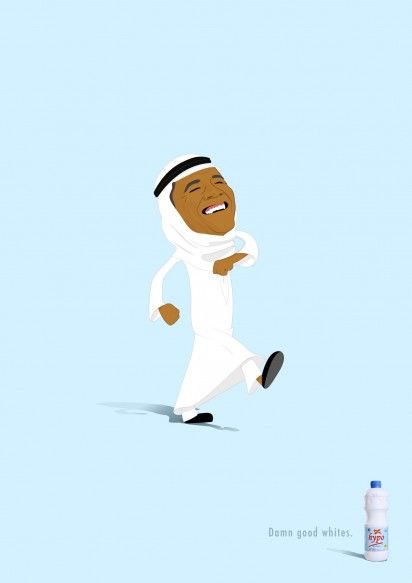 Meghan Young — December 4, 2013 — Marketing
References: noahsark.ng & ibelieveinadv
It is hard to say what the Hypo Damn Good Whites ad campaign is trying to get at with its controversial illustrations, but it will certainly grab people's attention instantly. From Ellen DeGenerous in a traditional wedding gown to Desmond Tutu in a KKK robe, the outfits are certainly brilliantly white. Except that they are something that goes against everything these three people stand for.

The Hypo Damn Good Whites ad campaign was conceived and executed by Noah’s Ark, an ad agency based in Lagos, Nigeria. Art directed and illustrated by Tolulope Bamgbose with creative direction by Abolaji Alausa, perhaps the message is that no matter how dirty someone might think something is, this detergent will make it clean. Ariyo Bamidele headed the design.
4.2
Score
Popularity
Activity
Freshness