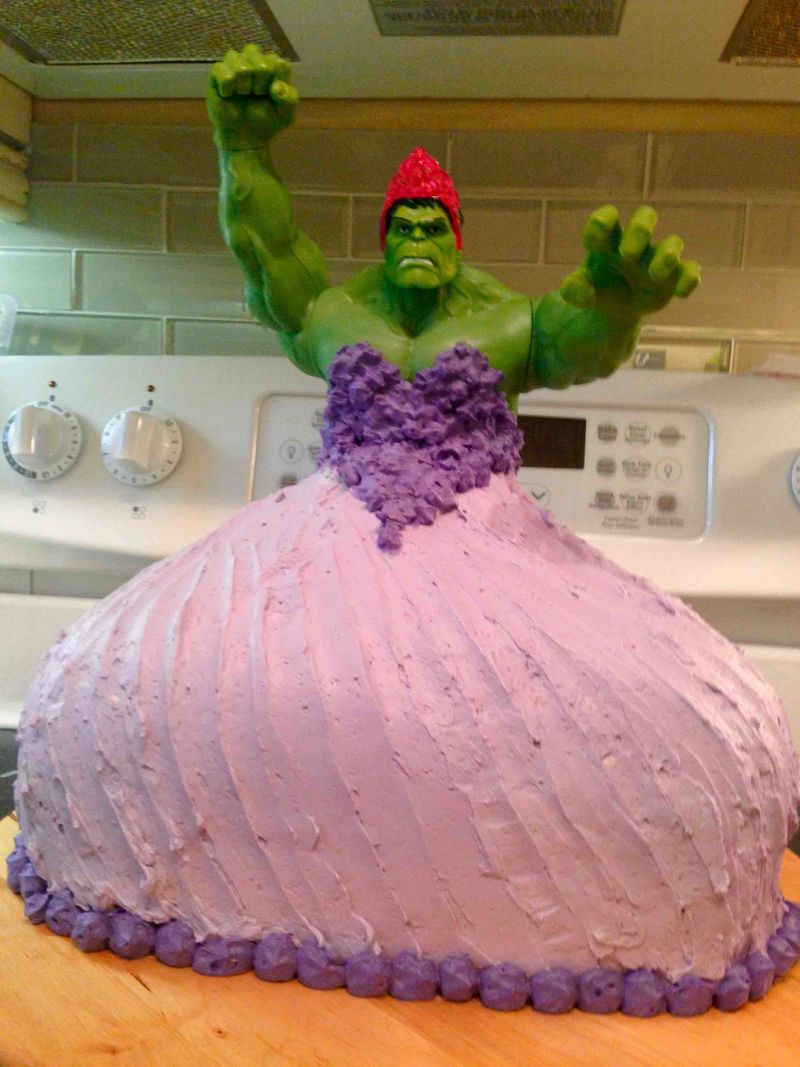 This Hulk Princess Cake is a Quirky Homemade Fan Tribute

There is certainly a precedent for the creation of elaborate superhero-themed baking. Earlier this year, a wedding cake that looked like a traditional white cake from the front, but from the back, revealed Spiderman peeking from between white curtains became an Internet sensation. Hulk Princess is yet another example of fans expressing their love for their favorite heroes in unconventional (and occasionally gender-bending) ways.
6.3
Score
Popularity
Activity
Freshness
Attend Future Festival