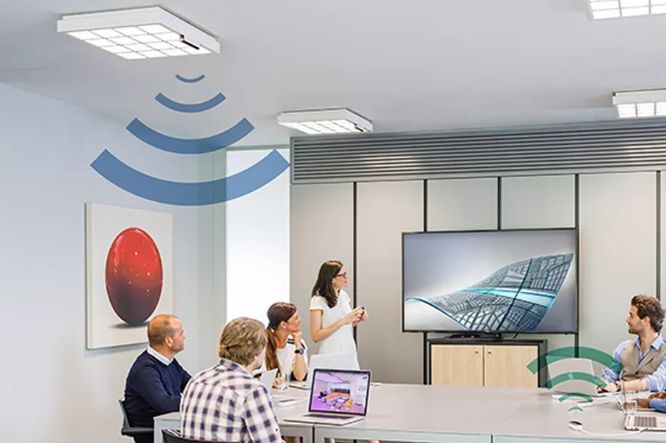 Daniel Johnson — June 26, 2019 — Tech
References: theverge
Share on Facebook Share on Twitter Share on LinkedIn Share on Pinterest
Signify has stated that it will be releasing new Hue smart lights, which have increased internet transmitting Li-Fi technology. The lights are titled Truelifi and have the ability to transmit data, at speeds of 150 Mbps, to nearby devices like laptops or smartphones. The new smart lights use light waves instead of radio signals, like the ones used in 4G or Wi-Fi. The new Hue Smart Lights will contain new models and also transceivers that can be retrofitted to previously installed lights.

The company is looking to provide its Smart Lights to professional spaces, like offices and hospitals as opposed to homes. Li-Fi technology has existed for some time but has not seen widespread adoption. However, the technology does have certain advantages -- for example in situations with a lot of radio frequency, it can perform better than radio signals.