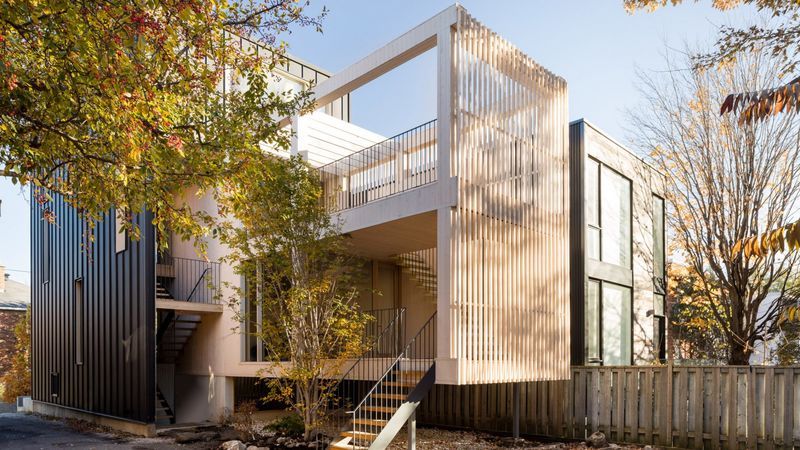 Kalina Ned — August 19, 2019 — Art & Design
References: pthibault & dezeen
Share on Facebook Share on Twitter Share on LinkedIn Share on Pinterest
These house-like apartments are located in New Edinburgh — a neighborhood in Ottawa, Canada. The project. which is given the name 'Les Voisines,' is overseen by Quebec City-based architecture firm Atelier Pierre Thibault. The studio focused on a contemporary aesthetic. A definite design accent is reached through the incorporation of a slated facade that easily captures the eye of passersby. The house-like apartments are stacked above one another. Their layout is quite interesting as the site was one whole unit prior. Both abodes have access to outdoor living spaces, bringing up the quality of life significantly.

What Atelier Pierre Thibault attempted to do is accent the neighborhood through an alternative form of housing, however, still "preserve its essence" by not disrupting the design language of New Edinburgh.