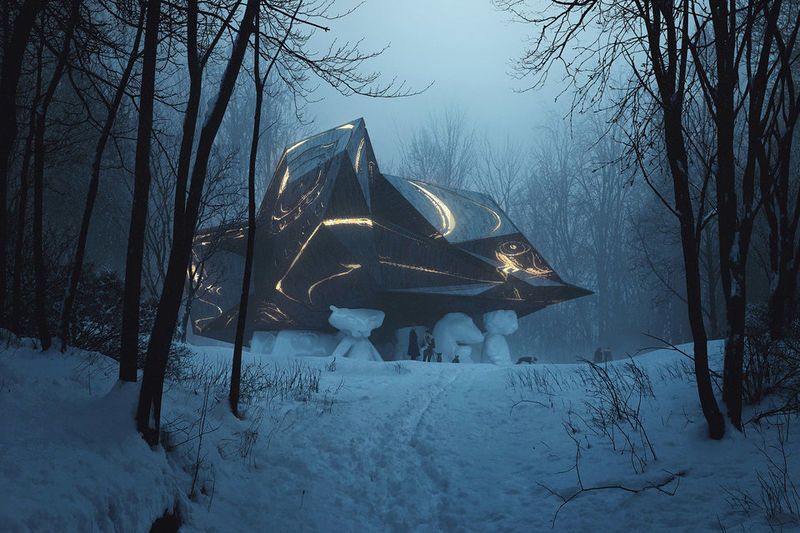 Madison Mackay — February 16, 2018 — Art & Design
References: snohetta & uncrate
Share on Facebook Share on Twitter Share on LinkedIn Share on Pinterest
Artist Bjarne Melgaard commissioned 'A House to Die in' in 2011, and this sculptural building has taken over seven years to fully complete. Modeled after the artist's drawings, the building was made through 3D models and re-imagines Melgaard's original art.

The exterior of the home is covered in burnt oak, with a crystal-like structure placed delicately on white pillars that are shaped like different animals. Underneath and to the sides of the home, a shallow pond was placed to create an illusion that A House to Die in is floating magically on water.

Inside the home, all of the rooms has an unconventional design approaching, mixing function with modern aesthetics. With a dining room that will also act as a swimming pool and a spa that doubles as an office, nothing is exactly as it seems within this house. A House to Die in was originally intended for painter Edvard Munch in Norway.