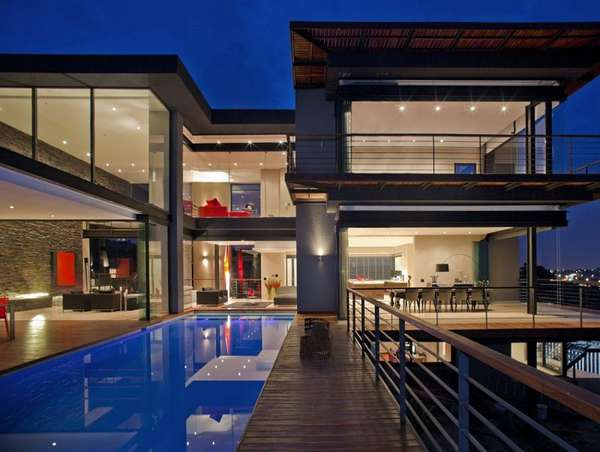 Taylor Keefe — December 6, 2011 — Art & Design
References: nicovdmeulen & homedsgn
Located in a suburb of Johannesburg, South Africa, the 'House Lam' by Nico van der Meulen is a project focused on the remodeling of a classic 1950s-era home.

With many successful designs throughout South Africa and around the world, Nico van der Meulen achieves another stunning accomplishment with the 'House Lam.' The home has many breathtaking features, including an infinity pool and panoramic views. Massive windows are found everywhere in this expansive house, allowing for maximum natural light. The home itself is bisected by a stone pillar, which adds to the aesthetic value of the dwelling.

The 1950s-era home was gutted on the ground level, resulting in double the amount of living space.
4.5
Score
Popularity
Activity
Freshness