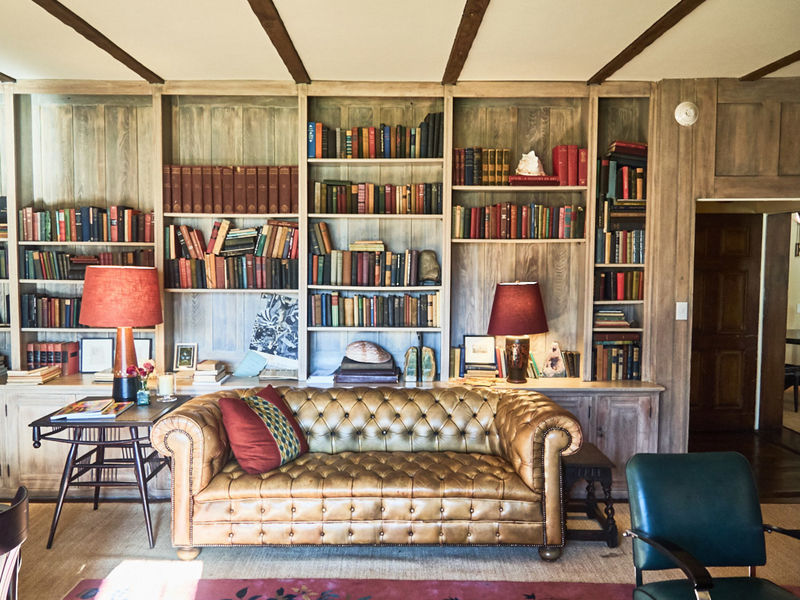 Hotel Troutbeck is a Captivating Space That Celebrates It Rich History

Justin Lam — February 21, 2018 — World
References: troutbeck & coolhunting
Share on Facebook Share on Twitter Share on LinkedIn Share on Pinterest
Hotel Troutbeck is an alluring space in Amenia, New York, that entices patrons with its impressive Manor House and coquettish grandeur. The hotel was once the home of poet Myron Benton and has played host to other literary giants such as William S. Burroughs, Ralph Waldo Emerson and Henry David Thoreau. The renovated space pays homage to its literary past by offering up designs that place an emphasis on the picturesque landscape. The interior design celebrates the 18th century construction and is filled with personality, comfort and warmth.

While Hotel Troutbeck does offer amazing furnishings and design, the jewel of the hotel is the impressive Dining Room restaurant. The restaurant seats 76 guests and features a menu that celebrates farm-to-table fare. The ingredients are all sourced from makers and farmers in the Hudson Valley and is spearheaded by Chef Angnez. The classically trained French chef has built a menu that combines complex flavors with approachable tastes. The atmosphere in the restaurant plays to the same idea, as the food and varies from intimate to playful.