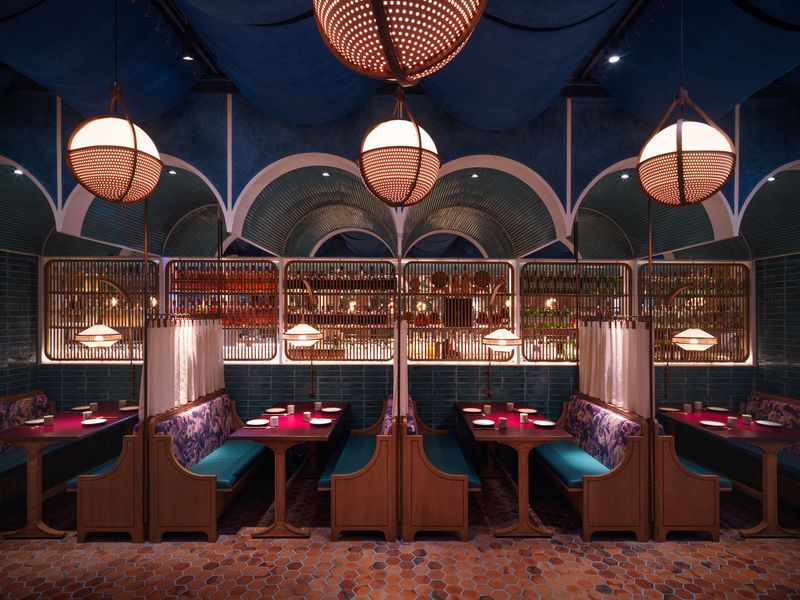 Kalina Ned — November 19, 2018 — Art & Design
References: linehousedesign & dezeen
Share on Facebook Share on Twitter Share on LinkedIn Share on Pinterest
This Hong Kong dim sum restaurant is a must visit, partly because of its authentic menu, and partly because of its strikingly eclectic decor. With an emphasis on cultural diversity, the eatery entertains a strongly sculptural interior that is further romanticized by the arched motifs and the dim lighting. The restaurant has been given the name 'John Anthony' — in 1805, he became the first Chinese-born individual to be considered as a British citizen.

Due to its historically relevant theme, Linehouse chose to embrace the best of both worlds for the Hong Kong dim sum restaurant by fostering a chic, design-forward fusion between the architectural motifs of the east and the west. Ultimately, the space makes for a worthwhile experience of two distinct cultural preferences.
5.8
Score
Popularity
Activity
Freshness
Get Better and Faster