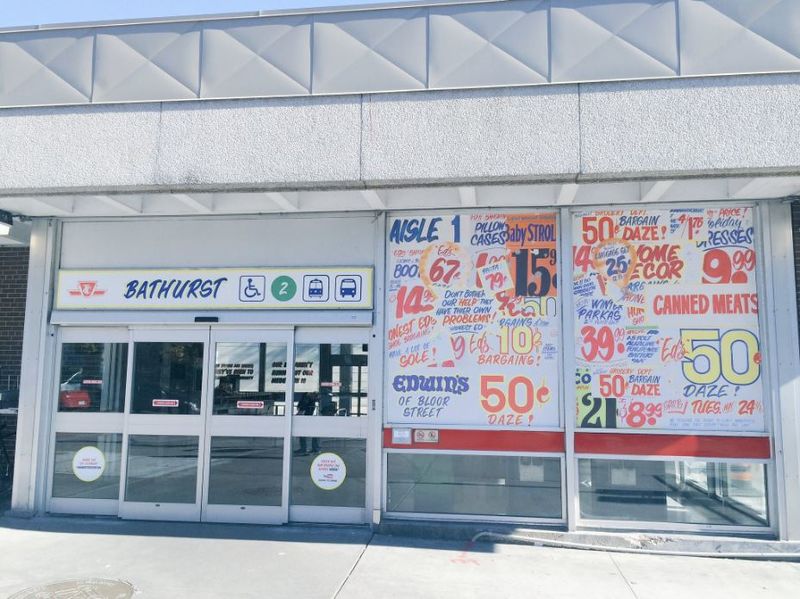 Joey Haar — November 7, 2016 — World
References: citylab
Share on Facebook Share on Twitter Share on LinkedIn Share on Pinterest
Honest Ed's, a thrift store at the intersection of Bathurst and Bloor in Toronto, has been a historic landmark in the city for decades thanks to its garish lights and cheeky, punny signs. After nearly 70 years in business, Honest Ed's is set to shutter its display fronts at the end of 2016, and a Toronto subway station has introduced new signage for a limited time to honor the thrift store's iconic imprint on the city.

Aside from the brilliant array of flashing lights, the carnivalesque Honest Ed's facade was best known for its silly, hand-painted signs praising the store's ludicrous deals. Those signs read things like "Honest Ed's a nut! But look at the cashew save!" Now, Bathurst station in Toronto has redone its signs for a limited time to include the same stylistic qualities, even decorating the windows of the station with brand new puns that reference the Toronto Transit System.
1.3
Score
Popularity
Activity
Freshness
View Innovation Webinars