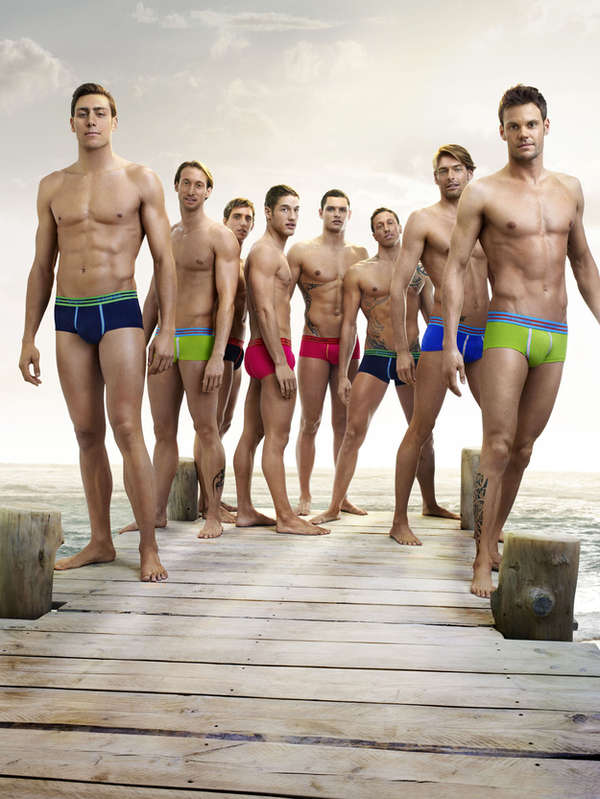 The men’s Olympic athletes are a great advertisement for the underwear line -- fit models used to wearing very little while in the pool. You may recognize the faces (or bodies) of these eight guys from their Olympic contending. One thing the majority of these guys share in the HOM Underwear advertisement (other than being swimmers wearing brightly colored tighty whiteys) seems to be a love of body ink. Most of the guys are sporting at least one large work of body art alongside their neon undies.

Surprising Vacationing Stats
The Pigs, Planes and Urine Infographic is Shocking Yet Fascinating