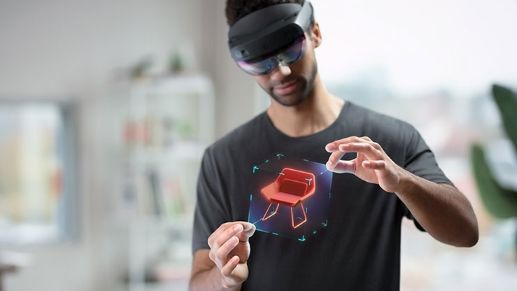 Microsoft Has Announced the Release of Its HoloLens 2 Headset

Daniel Johnson — August 29, 2019 — Tech
References: microsoft & theverge
Share on Facebook Share on Twitter Share on LinkedIn Share on Pinterest
The Microsoft HoloLens 2 headset will be available for purchase in September. The HoloLens 2 headset was initially announced by Microsoft last year, and the release announcement was made by Microsoft's head of AI Harry Shum. The release announcement was done at the World Artificial Intelligence Conference in Shanghai. Microsoft has already begun to take preorders, which are priced at $3,500. However, the company has not set a specific day in September.

Notably, the new headset features an improved field of view technology, as well as an Azure Kinect sensor, an ARM processor, and eye-tracking capabilities. The headset will also feature an improved gesture control system, which allows users to more easily manipulate objects within the virtual environment.