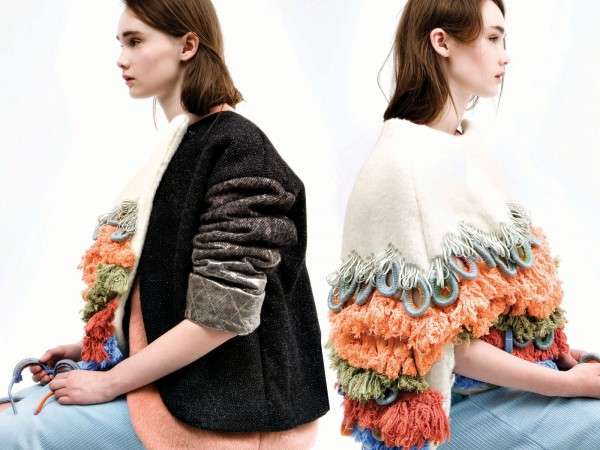 Sarah Nazim — May 13, 2012 — Fashion
References: muuse & trendland
Share on Facebook Share on Twitter Share on LinkedIn Share on Pinterest
Ho Man Stephanie Wong’s collection is titled 'Extraordinary Pigeon,' and the pieces consist of overthrows, skirts, jackets and sweaters that resemble pigeon wings. One might assume that her inspiration came directly from the bird itself; however, there is more to it than that. She was influenced by the Italian painter by the name of Giuseppe Arcimboldo, whose work consisted of creating human portraits out of fruits and vegetables.

Wong took that concept to create pieces that would turn humans into animal replicas, in this case, pigeons. It’s always amazing to hear the story behind a designer work, as in a way, fashion designers create artistic pieces that often reflect a mood or concept. Instead of paint and a canvas, they express themselves with a multitude of different fabrics.
2.7
Score
Popularity
Activity
Freshness
Jeremy Gutsche Keynote Speaker