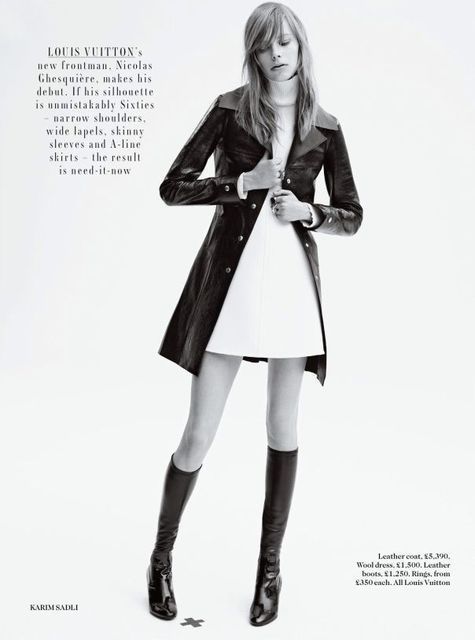 In each shot, Sadli pictured each of the women on their own, giving way to captivating solo images. Burns worked with a classic British aesthetic as she incorporated prim pea coats, casual button up vests, baby doll dresses and blazers. Footwear was also reminiscent of the country's aesthetic via high rain boots, masculine oxford shoes and laid back runners.

Make up artist Lucia Pica did away with aggressive cosmetics. Instead, Pica made use of light blush and nude lips.
3
Score
Popularity
Activity
Freshness
Get the 2021 Trend Report FREE